When A Lady Will Not Be Ignored 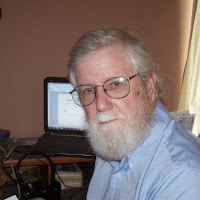 I am my wife's caregiver. I should note that she is mine also. She needs more physical help than I do.  She is my emotional rock. I am her dresser; if you are familiar with the term as it relates to classic theater. While I have been her assistant, we have often had marvelous discussions about the roles of people and how they relate to one another. We have talked about developments in earlier periods of history and how some things today are designed today because of the mores of our aristocratic ancestors.
Today we have a view into those more because of television. When writers and producers create a critically successful program of the past, details are a part of what makes it work. The early part of the nineteenth and twentieth centuries in England have been especially explored in movies and TV giving us an interesting view into the lives of the aristocracy.
This roundabout explanation is all about showing where I came up with the idea for "M'Lady's Gentleman" for a series and specifically for "In Her Majesty's Service", the first book in the series. My initial tagline for a book was "A Sarah Wingate Spy Adventure".
I had planned to have a wealthy young woman inherit a family mansion that came with servants. This was going to take place in upstate New York. Her butler was going to be a spy and ... She was going to receive this inheritance from an Aunt Agatha. The first chapter was dedicated to who Aunt Agatha was and why Sarah was inheriting the estate. 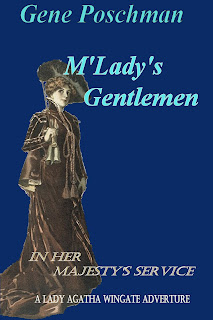 When writing about one character never create a more fascinating character to introduce that character. I fell in love with Lady Agatha Wingate and I thought well I won't kill her off...
Getting back to my wife and me. The spark of inspiration that started me on this treadmill was how outrageous aristocratic society would find it if a "Lady" was being dressed not by a maid, but by a gentleman's gentleman.
My inspiration sometimes takes a bit of percolating before I finally come up with what I wanted all the time. I might not have gotten what I wanted, but I most certainly got what I needed.
The series is now entitled "In Her Majesty's Service" and refers to Queen Victoria of the United Kingdom. The first book is now entitled "M'Lady's Gentlemen", please note the alteration to plural. The tagline is "A Lady Agatha Wingate spy Adventure". Agatha has a maid, or will.

The book will go into presale soon, I will keep you apprised.

There Is More To Come...


Victoria stood in the curtained alcove of her sitting room, looking out the window towards the courtyard and waited for her guests to arrive.
Two days before her uncle had died making her Queen of England. Her sitting room had become an informal meeting place. Various ministers and government officials were stopping by to pay their respects and hoping to make enough of an impression with her Majesty, that she would remember them and perhaps favor their positions in some small way.

I've just turned eighteen, she thought, and suddenly I have all this power to make men's careers or fortunes. This is ridiculous!

A knock at the door brought her out of her thoughts.

The trio left Victoria's presence and the young Queen walked to her chair in great pomp, turned and flounced down smiling.

And so the Adventure Begins for Lady Agatha Wingate.

Posted by Gene Poschman at 11:27 PM No comments: